Most Reverend Edward C. Malesic, J.C.L., named as the 12th bishop of the Catholic Diocese of Cleveland 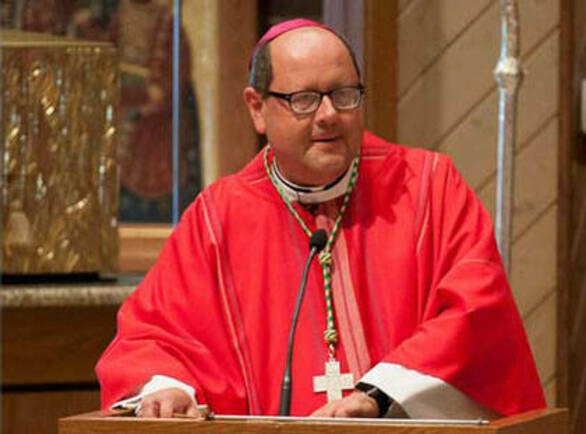 Bishop Malesic, bishop of Greensburg, which is in Southwest Pennsylvania, has been named the new bishop for the diocese of Cleveland. Bishop Edward C. Malesic is 59 and has been a priest for 33 years. He takes over governance of the diocese from Archbishop Nelson Perez, who was named archbishop of Philadelphia in February.

Father Don Oleksiak will continue serving as diocesan administrator until Bishop-designate Malesic’s installation on Sept. 14 during a Mass in the Cathedral of St. John the Evangelist in downtown Cleveland.

Ohio’s once flattened curve starting to sharpen and spike 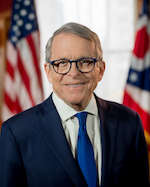 In his July 15, 2020 statewide address Governor DeWine said that the state is at a critical point in the COVID-19 pandemic and implored Ohioans to take appropriate action to reverse the rapidly increasing spread of the virus.

“Today, more Ohioans are getting sick than at any previous point in this pandemic. We are sliding down a very dangerous path, with our once flattened-curve starting to sharpen and spike,” said Governor DeWine. “This is a worrisome, disturbing reversal of our progress — a jarring reminder of just how quickly our fate can change.”  He reminded Ohioans about the efficacy of facial coverings to protect themselves, loved ones, friends, neighbors and other citizens. He also renewed the call to socially distance and limit public gatherings.

The federal government has resumed federal executions for the first time in 17 years.  As Pope Francis has made clear, the death penalty is inadmissible as an affront to the Gospel and the dignity of human life.

The Catholic bishops have expressed their opposition to the death penalty for decades.

Please join in raising your voice against these executions.  Tell Attorney General Barr to stop the executions because they undermine human dignity!

The new proposed rules would, among other changes: allow immigration judges to summarily deny applications before the asylum-seeker can see a judge; redefine the term “particular social group” in asylum law to effectively eliminate asylum for those fleeing domestic violence or gangs; and raise standards for initial asylum interviews.

Bishop Mario E. Dorsonville, auxiliary bishop of Washington, and chairman of the U.S. Conference of Catholic Bishops’ Committee on Migration wrote: “These proposed asylum regulations will have devastating consequences for those seeking protection in the United States who are fleeing domestic violence or persecution from gangs in their home countries…”


Diocesan Information Regarding Responses to the Coronavirus

The Supreme Court of the United States has issued its decision in the consolidated cases of Our Lady of Guadalupe School v. Morrissey-Berru and St. James School v. Biel. These cases involved the right of Catholic schools, free of government interference, to choose teachers who will teach and model the Catholic faith. By a vote of 7-2, the Court ruled in favor of the schools.

In the Little Sisters of the Poor v. Pennsylvania case, the Court affirmed that religious employers cannot be forced to provide contraceptives and abortion-inducing drugs in their health care plans, if doing so would violate that organization’s religious beliefs.

Court rules that religious schools cannot be excluded from public benefits based upon religious status.

In Espinoza v. Montana Department of Revenue, the justices held that the application of the Montana Constitution’s “no-aid” provision to a state program providing tuition assistance to parents who send their children to private schools discriminated against religious schools and the families whose children attend or hope to attend them in violation of the free exercise clause.

USCCB Chairmen write: “…The Court has rightly ruled that the U.S. Constitution does not permit states to discriminate against religion. This decision means that religious persons and organizations can, like everyone else, participate in government programs that are open to all. This is good news, not only for people of faith, but for our country. A strong civil society needs the full participation of religious institutions. By ensuring the rights of faith-based organizations’ freedom to serve, the Court is also promoting the common good…”

The U. S. Supreme Court ruled 5 to 4 to strike down the Louisiana law that requires abortion doctors to have hospital admitting privileges. Archbishop Joseph F. Naumann of Kansas City in Kansas and chairman of the U.S. Conference of Catholic Bishops’ (USCCB) Committee for Pro-Life Activities wrote: “…The Court’s failure to recognize the legitimacy of laws prioritizing women’s health and safety over abortion business interests continues a cruel precedent…”

In another ruling the U. S. Supreme Court refused to block the execution of four federal prison inmates who are scheduled to be put to death in July and August. The executions would mark the first use of the death penalty on the federal level since 2003. The court’s action leaves no obstacles standing in the way of the executions, the first of which is scheduled for July 13.

Archbishop Paul S. Coakley of Oklahoma City, chairman of the U.S. Conference of Catholic Bishops’ (USCCB) Committee on Domestic Justice and Human Development, called on the Administration to reverse course on presiding over federal executions for the first time in 17 years.

This educational/bulletin insert offers reflections on:

Promoting the Sacredness of Human Life;

Making Decisions based upon Prudential Discernment;

Serving as Models of Civil Dialogue

The report is based on the audit findings of StoneBridge Business Partners, a specialty consulting firm headquartered in Rochester, New York, which provides forensic, internal, and compliance audit services to leading organization nation-wide. A survey on allegations conducted by the Center for Applied Research in the Apostolate (CARA) is also included as part of the report.

This is the seventeenth such report since 2002 when the U.S. bishops established and adopted the Charter for the Protection of Children and Young People