Doctors, novelists and other writers are exploring, as quickly as they can, the pandemic’s impact on a country that was among its earliest victims. 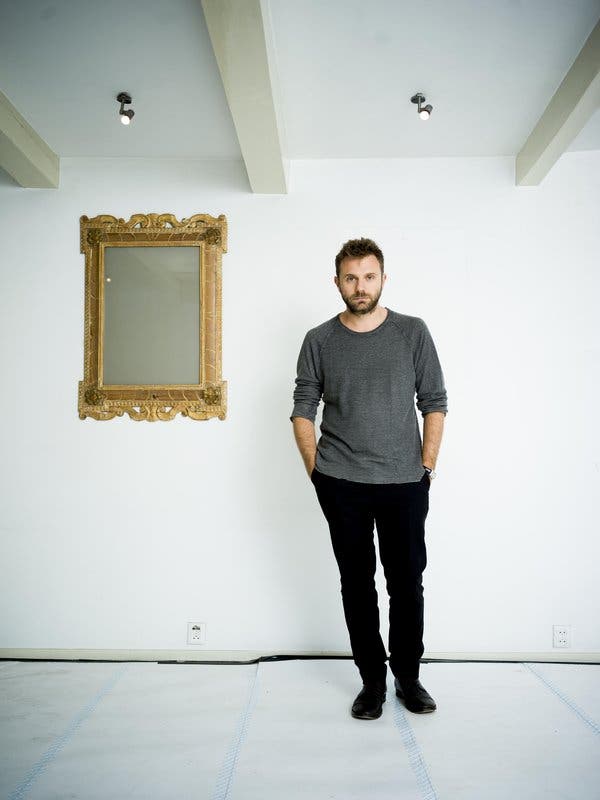 Paolo Giordano in 2018. His new book, “How Contagion Works,” is intended as a record of his experience during the coronavirus outbreak in Italy. “I don’t want to lose what the epidemic is revealing about ourselves,” he writes.Credit…Merlijn Doomernik/Hollandse Hoog, via Redux

MILAN — On Feb. 29, Paolo Giordano went to a dinner party in Rome. He didn’t shake hands or kiss anyone’s cheek, a serious breach in Italian etiquette.

A week earlier, Covid-19 cases had begun to surge in two of the country’s northern provinces. Giordano, a physicist who became one of Italy’s most prominent writers after the publication of his award-winning debut novel “The Solitude of Prime Numbers,” understood that the epidemic was going to grow exponentially.

“This is the last one,” he told himself. Then he began to write.

On March 26, Giordano’s new book, an essay chronicling his thoughts and angst about the coronavirus outbreak, was published in Italy. “How Contagion Works” is slated for release in the U.S. next week, as an audiobook by Penguin Random House and in paperback and e-book by Bloomsbury. It has been already translated in more than 20 languages and released in Britain.

Italy has been in a nationwide lockdown since March 9, and the coronavirus has already become something of a book genre.

On March 10, Roberto Burioni, a celebrity doctor and author, published “Virus. The Great Challenge,” an examination of how epidemics work, shaping and sometimes outsmarting civilizations. In an interview, he said the book was already in progress and scheduled to go on sale in the fall when he learned about the outbreak in China. He asked his publisher to release it as soon as possible, with two quickly written chapters on coronavirus.

“This book was needed now, not in October,” Burioni said.

Giulio Tremonti, Italy’s former finance minister, updated a book he wrote on globalization and its weaknesses in light of the pandemic. A major publishing house, Garzanti, earlier this week published an anthology of 26 quarantine short stories and essays by writers including Jhumpa Lahiri, an American novelist who also writes in Italian, and the best-selling children’s author Elisabetta Gnone.

Some expect other countries to follow. “Italy is a laboratory. Think of the singalongs from the balconies or the celebrities’ concerts on Zooms — they started here and spread to other countries,” said Andrea Minuz, a film and book critic at the newspaper Il Foglio. “We were the first to have coronavirus books and will export that, too.” 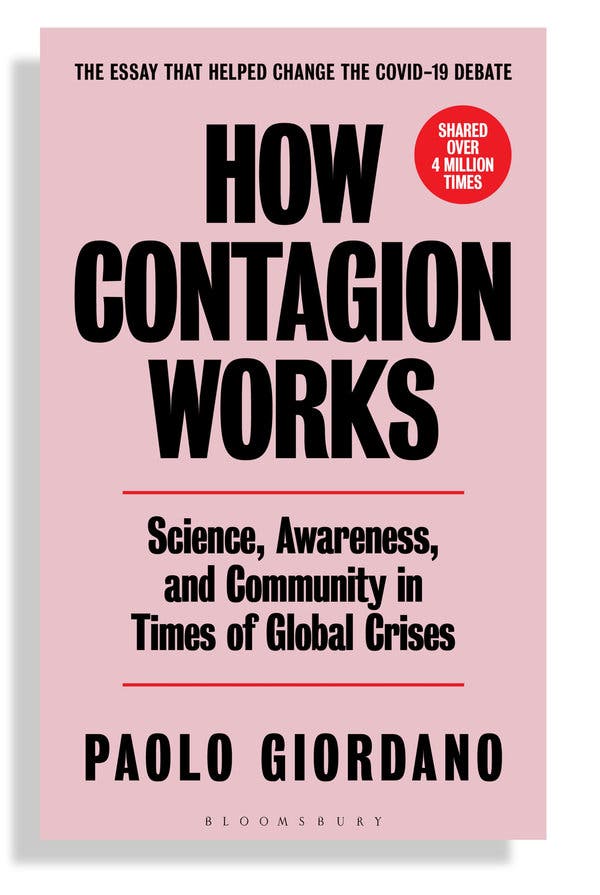 Like many Italians, Giordano is glued to the country’s 6 p.m. civil protection briefings, in which the facts and figures around infections, recoveries and deaths are shared daily. “All we can focus on during this epidemic is numbers,” he writes.

So it makes sense that math, which he sees as a tool to understand an invisible enemy, plays a key role in his new book. “Epidemics are mathematical emergencies,” he writes. Each outbreak, he explains, has at its heart a basic reproduction number, or R0 (pronounced “R-nought”), the number of susceptible individuals that are expected to contract the virus from each infected. When R0 is greater than one, and when most individuals are susceptible, we have an epidemic.

We have the power to change that number by staying home and practicing social distancing, Giordano adds. “Lowering R0 is the mathematical reason behind our self-sacrifice.”

Self-sacrifice, or the idea of putting someone else’s needs ahead of our desires, is also a central theme in the book. In times of contagion, the young and healthy must protect the old and the weak, he writes. “What we do or don’t do is no longer just about us. This is the one thing I wish for us never to forget, even after this is over.”

The quick publication of some of these books has prompted criticism that it’s too early for coronavirus literature or that the authors are exploiting tragedy. Burioni in particular was called out on social media, even though proceeds from his books, like those of Giordano’s and the Garzanti anthology, are going to hospitals and medical research.

But Burioni said that books about the epidemic are needed now. “They provide people with the cultural means to understand something that is uprooting their existence,” he said. Gnone, the children’s author who contributed to the Garzanti anthology, added that “stories have a healing power, for those who read and for those who write.”

The urgency behind Giordano’s book is of a different kind, stemming more from the need to preserve the present than to explain it.

He is afraid of the coronavirus, like everyone else, and of what it can change in our society. He is even more afraid of the opposite, that everything we’re learning will be forgotten, he said in an interview. “Some thoughts need to be written down now, from within the emergency, otherwise they will get lost in the desire to go back to normality as soon as possible.”

Much like Sigmund Freud wrote down his dreams when he woke, before they faded, Giordano sought to document, in real time, his experience of the pandemic. “Once the emergency is over, any temporary awareness will also disappear,” he writes. “I don’t want to lose what the epidemic is revealing about ourselves.”