Acquitted in February in one trial, Osman Kavala was rearrested before he could even walk free. Now he faces indefinite jail time. 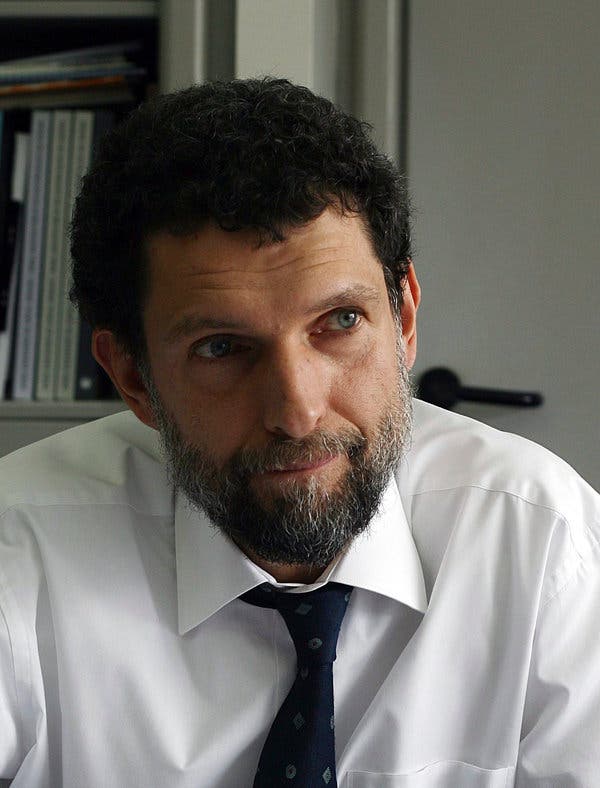 Osman Kavala, a businessman and philanthropist, in Istanbul in 2015.Credit…Associated Press 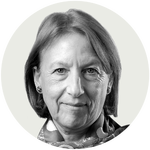 ISTANBUL — During a tumultuous day in court in February, the Turkish businessman and philanthropist Osman Kavala was unexpectedly acquitted of trying to overthrow the government and then rearrested before he could walk free.

He described it as the best day of his life.

“We were acquitted,” he told his lawyers, referring to the eight others tried with him.

Never mind that the two years he had already spent in solitary confinement had been extended indefinitely — this time on specious charges of supporting a 2016 coup. He was happy that at least in one case, he and 15 others had been given the chance to show that the original charges against them were baseless.

“Nothing can affect that composure and attitude,” Murat Celikkan, a campaigning journalist and longtime friend and colleague, said of Mr. Kavala. “I would be furious, but in all the procedures he never raised his voice once.”

Mr. Kavala has become the most prominent political prisoner in Turkey, and as he himself ruefully acknowledged after his rearrest, his case is a prime example of the state of injustice in Turkey today under President Recep Tayyip Erdogan.

His case is just one of half a million prosecutions underway amid a government crackdown since an attempted coup in 2016, but it is one of the most confounding.

Best known for his good deeds, he has been variously accused of espionage, links to terrorist groups and trying to overthrow the government. Even seasoned lawyers, well used to decades of political trials in Turkey, have described the various charges against him as “ridiculous.”

Mr. Kavala, 63, grew up and lives in Istanbul. He comes from a family of tobacco traders who moved from the town of Kavala in northern Greece to Istanbul in the 1920s as part of the population exchange between the two countries after the fall of the Ottoman Empire.

He studied management at the Middle East Technical University in Ankara and economics at the University of Manchester in the United Kingdom. He went on to study for his doctorate at The New School for Social Research in New York, but broke off his studies when his father died in 1982.

At 26, he returned to Istanbul and took over the Kavala Group of companies. In 1988 he married Ayse Bugra, a social scientist.

He soon began diversifying the family business, following his own interests. He co-founded the Iletisim Publishing Company, which became an important vehicle for democratic ideas at a time, after the military coup of 1980, when there was a dearth of democratic institutions in the country.

He became increasingly interested in environmental issues and civic rights. He abandoned a hotel development in southern Turkey after watching the movie “Turtle Diary” and learning that the beach was an important nesting site for turtles.

“He did it very easily,” Ms. Bugra recounted in a recent interview. “There was no hesitation.” He co-founded an environmental organization, TEMA, among others.

The most troubling issue in Turkey from the late 1980s was the conflict in the southeastern part of the country between the Turkish army and Kurdish separatists, which degenerated into a brutal ethnic conflict against the Kurdish population. When the armed conflict ended a decade later, Mr. Kavala began the work that has become his lasting legacy.

“We started talking about the healing powers of art and culture,” Ms. Bugra said, “and he started thinking about taking culture to different parts of Turkey.”

That idea grew into the founding of Anadolu Kultur, an organization that supports arts and cultural collaboration, and takes exhibitions and performances all around the country.

He supported an arts space in Diyarbakir, the biggest Kurdish city in the southeast; cultural memory projects for Yazidis, Kurds, Armenians and other minorities; and a program to encourage a normalization of relations between Turkey and Armenia.

In between came a 1999 earthquake that killed 17,000 people and had a galvanizing effect on Turkish society. Humanitarian and civic organizations took off.

“That was an important moment for the country as a whole,” Ms. Bugra said. “That was the first time we saw a civil society mobilization. It was something spontaneous.”

Mr. Kavala began building temporary housing. And he became one of the leading philanthropists in the country, well known among embassies and international donors, and an energetic supporter of civic and human rights groups.

Among the many organizations he helped found was the Open Society Foundation in Turkey, the organization created by the Hungarian-born billionaire George Soros to support democracy and transparency around the world.

The nonprofit sector flourished during Mr. Erdogan’s first decade in power from 2002, as Turkey was pursuing peace with the Kurds and instituting reforms to further its accession to the European Union.

The arrival of more than three million refugees fleeing the war in Syria from 2011 was another milestone in her husband’s life, Ms. Bugra said. He was visiting the southern city of Gaziantep, working on a project for Syrian refugees in October 2017, when he was detained. Police boarded his plane in Istanbul and led him off before passengers were allowed to disembark.

What has taxed Mr. Kavala and his friends the most in the 29 months since his incarceration is the question of why he has been singled out so harshly.

The answer may be simply: everything he stands for.

He represents the leftist-leaning, secular elite, which in Turkey’s polarized society is the opposite of the president and his supporters. They are from religiously conservative, Islamist circles that were long sidelined from power.

“Osman represents another culture,” said Asena Gunal, who runs his flagship organization, Anadolu Kultur. “Someone who is open, cultured, who speaks English, can talk to foreigners, active in society. Something they see as dangerous.”

As he spent 16 months in detention without knowing the charges against him, the pro-government news media and even Mr. Erdogan himself accused him of nefarious connections, including being part of a so-called Jewish conspiracy led by Mr. Soros.

Some analysts say his work with Armenians and Kurds is hated by elements in Turkey’s security establishment. Others have described him as victim of an internal power struggle in Mr. Erdogan’s cabinet.

“It’s really hard to see people talking about him who don’t know him,” Ms. Gunal said. “He is a nice person trying to be nice to people.”

The indictment, when it was finally revealed, charged him with trying to overthrow the government by financing and organizing protests in 2013 that began as an occupy movement of Gezi Park in Istanbul’s Taksim Square to prevent the construction of a shopping mall.

Mr. Erdogan, who has grown increasingly authoritarian, insists the protests were not a spontaneous social movement, as they were widely seen at the time, but an effort to oust him from power.

“This is not an innocent uprising,” he told his parliamentary group the day after Mr. Kavala’s rearrest. “Behind the curtain there are those Soros-like types who meddle in some countries.”

He added that he had thwarted a “maneuver” to have Mr. Kavala released.

Interpreting the president’s comment, Mr. Celikkan, Mr. Kavala’s friend and colleague, said it did not bode well for Mr. Kavala. “Unless the president leaves office, dies or changes his mind, he is going to stay in prison forever,” he said.

Mr. Kavala sees his case as driven by politics — in other words, Mr. Erdogan’s desire to stay in power.

In answers to questions sent to him in jail through his lawyers, he said judges and prosecutors were acting in line with the political discourse. “As a result of this, legal norms are being eroded and many people are in prison unfairly,” he wrote.

“As I am the lead actor in the fiction of the indictment and also the only arrested defendant of the case, I believe my situation is seen as a striking example of punishment for political reasons,” he wrote.

The European Court of Human Rights in Strasbourg found in December that the Turkish courts had held him without reasonable cause.

“His detention was intended to punish him as a critic of the Government,” the court concluded in a statement, “to reduce him to silence as an NGO activist and human-rights defender, to dissuade others from engaging in such activities and to paralyze civil society in the country.”